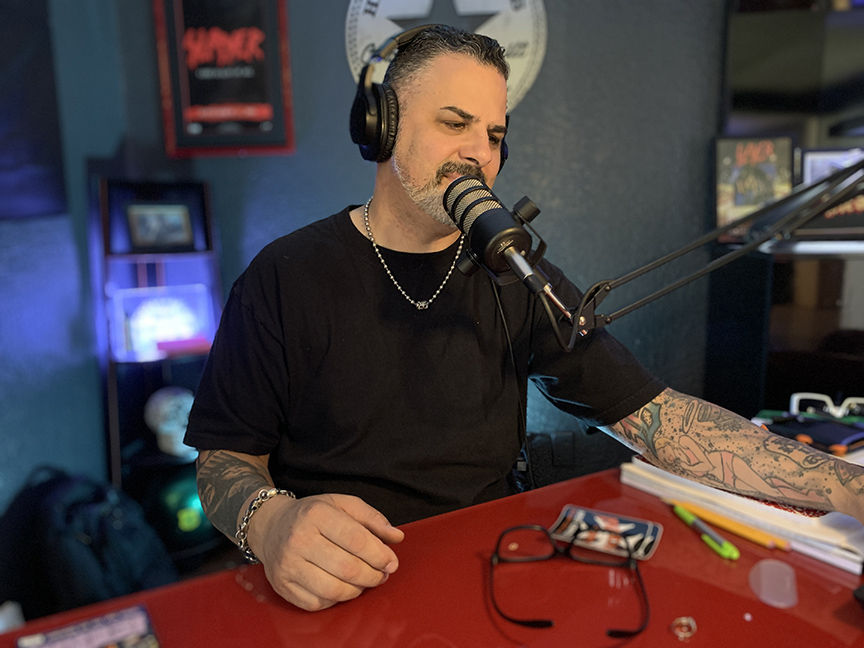 In March, Source Media agreed to launch a new performance-based publication and complimenting weekly live stream with me at the helm. At the time, it seemed simple enough [to me]. I had no clue how much work it would be. I don’t think I can articulate the level of intensity my life has seen since that day. It is more work than I have ever done.

I have known Chris Callen for my entire career. I mean, how could I not? From the instant, I started my shop in December of 2003 I was interested in magazines. Cycle Source was one of my favorites, and it was also the first magazine I ever offered one of my personal bikes to for a feature. My Angel of Death CFL was featured in 2009, and Chris is the one that interviewed me for it.

To be honest, TORQUE is not my first experience in the magazine business. My first magazine was a small zine I self-published in 1989 called “Mean Zine,” It featured my friends and I and our exploits in the BMX world. I only published two issues…but then it was only 1989, and my mom’s work caught on to my use of their paper and Xerox machine early on, so two issues was all I could muster. In 2006 I was on the staff of Chopper Builder. I wrote a column where I pretty much complained about the ins and outs of the motorcycle business. Then I joined The Horse Backstreet Choppers magazine, where I was an “Associate Editor” for a number of years.

Cycle Source has been in constant print since 1997. Without stirring up a storm, I feel like that makes Source Media the most successful motorcycle-only media company on the planet. It is for this reason that I partnered with them to create a new brand. The level of resources available is incredible. While other media companies created Dogma surrounding digital media, Source Media embraced technology and created new innovative ways to bring new members of our community together and keep old ones relevant.

Issue #1 went to print approximately two weeks before Sturgis this past August. After 5-nights of postmidnight writing, editing, arranging, and pagination, we hit the send button back at HQ in Tarentum, PA, at 1:32 in the morning. Then, we consummated this momentous occasion with a happy dance over facetime! We printed thousands of copies of the first issue and sold out almost immediately. Because of the resources afforded to me by Source Media, we hit the national newsstands to compete at the national level with the other magazines from jump street. We took cases of the magazines with us to Sturgis and ascended on every single show and event we could get to to share our hard work. We hosted and/or attended at least one show daily, some days two or more.

We made our base camp at The Steel Pony Campground just out of town. This would be the spot for us to convalesce at the end of our workday, listen to Stone Senate play live, and knock the frost of a few beverages before hitting the hay to do it all over again the next day. Tuesday was our first TORQUE Performance show. Thanks to everyone that attended. Special thanks to Justin Page, John & Jannine Jessup, Tom Jessup, Jim & Katherine Sanborn and King Tony from Rebel’s Den Cycle, Tom Keefer, Bill Radcliffe, and everyone that brought their bikes to show support! By the end of the rally, I was tired and ready to sit in a comfortable motorcoach for the ride home (or so I thought), but that story is for another time!

In closing, I’d like to say that none of this would have happened without John O’Brien, Jeff G Holt, The Callen’s, Fish Alcorn, Cameron Edwards, Pete Nowasky, Jace Hudson, Tony Tucker, Mark Matthews, John Jessup, and a host of other people supporting us.  Last but not least are our advertisers and of course YOU! You are the reason we are doing this, so YOU keep doing what you do…send us your content and follow us on social media. You have a front-row seat to our takeover of the world!