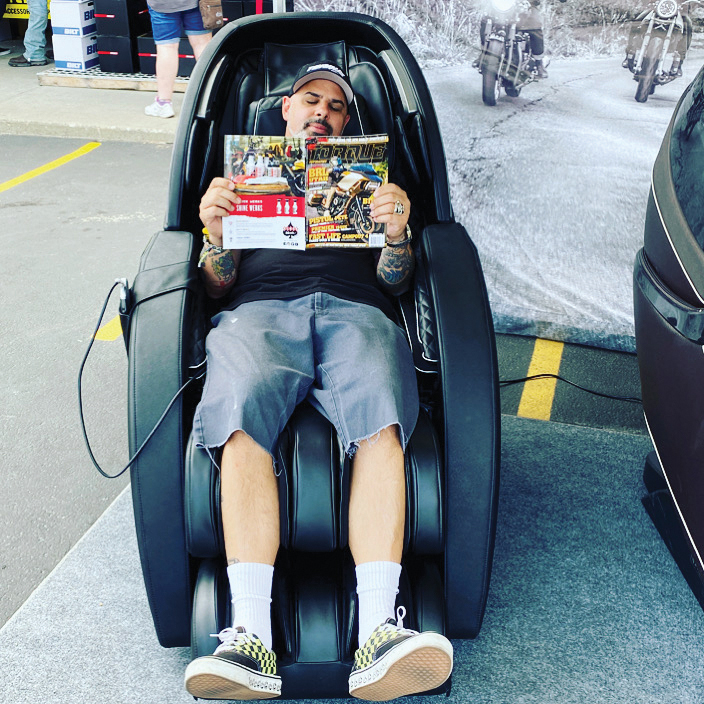 Just let me introduce myself. My name is Humpty…pronounced with “umpty” – Shock G (RIP)

For the last 18 years, I have sat in the back of the room quietly, waiting for an opportunity to speak up as a voice for our community. In 2012 I started the Garage Built Podcast. I recorded only 10 episodes before I parked the podcast for about six years. To be honest, I think I was a little ahead of my time. While I am proud of those episodes, today’s Garage Built Podcasts are much better produced, more professional sounding, and, overall, much more popular with the masses.

Even though Chris (Callen) and I have been around each other consistently for the entirety of my career, we hadn’t really done much together until one year ago. I have been a staff writer for Cycle Source for one year. It seems like we are bombarded by new content, almost on a second-by-second basis all day long. Not all of this content is of value either. Some of it is designed only to evoke a response or draw a line in the sand. Our goal for TORQUE is to create a place for everything performance oriented. Indian seeks to be a part of what our community is doing, as does Harley Davidson. I anticipate the Asian manufacturers are not far behind. This magazine is a place for ALL performance twins, the folks who ride them, and the companies that are supporting Team Us!

Our features will not be beside a babbling brook and a single-lane covered bridge in New England. The features will have the feel of the forward momentum that is driving our community to the top of the motorcycle industry. We, the performance community, are pushing the limits of the stock machines and driving the innovation of new products designed to make bikes intended for a Sunday cruise some of the best performing motorcycles ridden today. TORQUE will be about you and your experience. This is YOUR magazine. A real, visceral, and tangible hard copy and record of your experience and the experience of those in our community. No hate, no shade…only a bright beacon of light shining on all of us…Team Us!

Daytona Bike Week was only a few months ago. Through the wonderment of social media, we were all able to see an entirely new generation of guys and gals making their own bike week traditions. Guys like Sit Down Steve and Steve Chamberlain, who rode all the way from Texas, are making their mark (literally) on the pavement that runs parallel with the mighty Atlantic Ocean along A1A. Wheelies, burnouts, shots of whiskey, and all of the trappings of a city and event like Daytona, Florida has hosted for 80 years were there for the world to see on the Gram!  This is the genesis and reason that we are birthing this new publication. While others have said that “magazines are dead,” we say, “Nah, the only thing dead are the guys that used to publish them!” I cannot fathom a better human to partner with than Chris Callen. Fifteen years ago, my previous magazine publisher launched a “Digital Media Sucks” campaign. I love the guy, but his magazine is no longer with us because digital media was the future. It was then, and it still is now.

If you have an idea, I want to hear it. If you think something sucks…let me know. If you have a problem, you better come at me with a solution. I don’t do snakes and rats. For as long as I am at the helm of this magazine, I will promise you this: I will not let the vampires into the castle! Go hard or go home -Jason Hallman