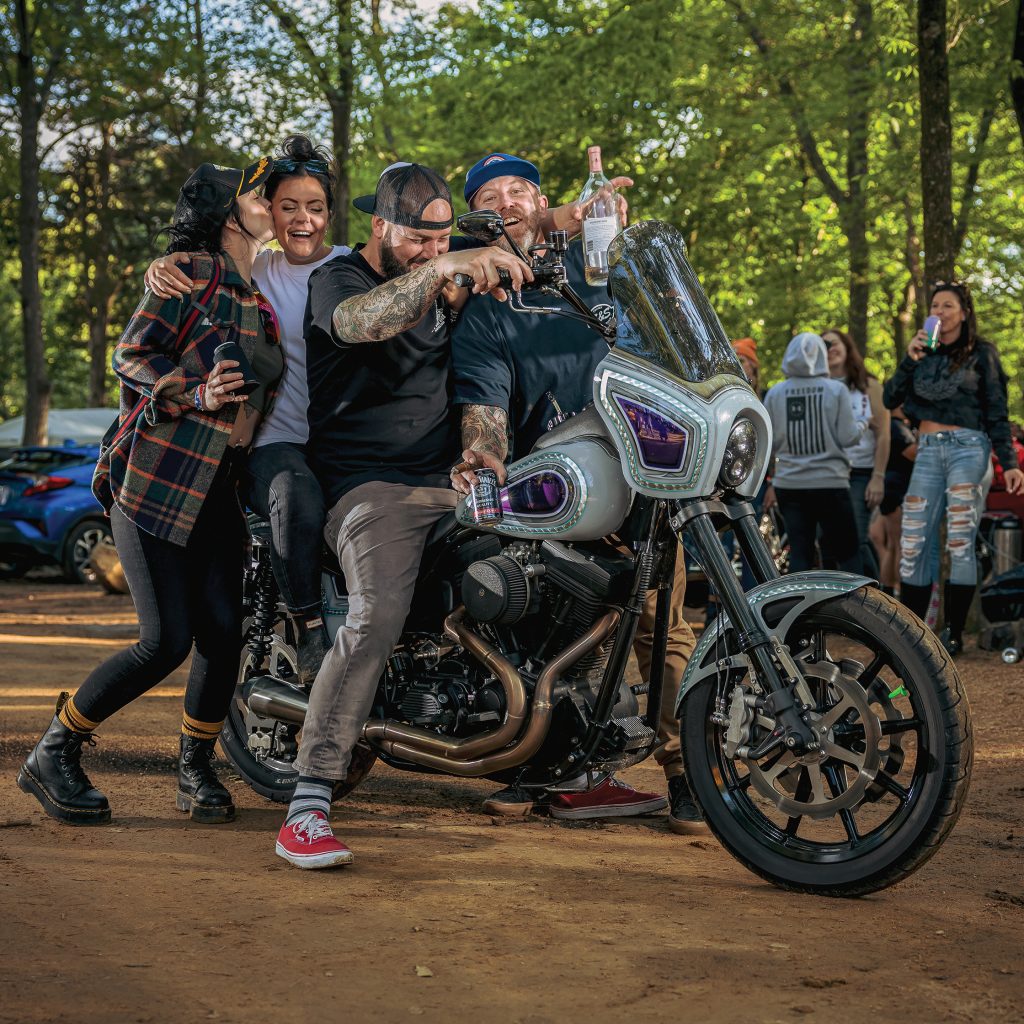 In today’s world, what type of life do you live? Does work come before everything? Are you looking forward to weekends on the water, weekly family barbecues, possibly movies, and video games alone in the darkness? The possibilities are greater now than ever before in human history, which provides many with an almost overwhelming amount of influence on how to enjoy their own lives. So how do you choose?

In 2018, a newly formed group of friends, who all lived a life involving motorcycles, found each other at a Deep Ellum, TX bike night. Before long, they dove into the conversation of what type of life they each live. It quickly became apparent that this group of men in their 20’s & 30’s each had uniquely interesting paths that had somehow led them all to the bar tops they were standing around on these spring Texas nights. Fast forward a few months, and one thing had become quite apparent for the men, the bond they had formed was genuine and a direct result of each of their efforts to be part of something greater than themselves.

That summer, a small handful of guys from bike night decided to escape the city and disappear a few hours away into the Oklahoma/Arkansas Ouachita National Forest. The plan was simple, pack only what you could fit on your bike, gas up, and ride. A plan so elementary that it surely had disaster written all over it. But low and behold, this shotgun-style getaway would change their lives forever. After what could only be described as a drunken blur of a motorcycle escape, the excitement level was at an all-time high. It was as though this group had discovered a new wonder of the world. Once the hangovers wore off, and everyone was back to reality, clarity set in. The concept of moto camping was not new. Still, it was conceptually an Easyrider era idea that predated the current world of digital connectivity for the younger generation. Although the concept was not the first of its kind, the principles of what made this experience special for these men were eye-opening. Pack out a motorcycle with anything that can fit, ride that motorcycle to a destination, start a campfire, drink alcohol, pass out in the dirt… These grassroots principals gave life to what we now know as The Fastlife Campout.

In the fall of 2018, the inaugural Fastlife Campout was held in Moyers, Oklahoma, at motorcycle-friendly River Campground. Which has been the home base ever since and has been a great ongoing partnership between the event organizers, the campground owner, and motorcycle enthusiast Adam Sandoval. The first campout had a couple of primary goals: to provide an environment reflective of the grassroots principles learned and share the experience with anyone who had the guts to kick off this adventure with us. Little did we know, there were more than a few like-minded men and women who were seeking a form of motorcycle escape, and the newly formed campout was the moto doctor’s prescription for them all.

FLC1 brought people from all over, some in groups and others alone, all on motorcycles and ready to experience the campout for themselves. Many of the attendees had not camped since childhood family trips or the scouts. The majority had never done it on a motorcycle. Adventure was in the air. Throughout day one, on that very first campout, there was excitement every time new riders would arrive. Not knowing who was under each helmet as they pulled down the gravel road toward the centralized tent location was exhilarating and nerve-racking at the same time. Who rides to a campground in the middle of America to meet complete strangers and spend an entire weekend? Answer, We Do! Explaining what an experience like this means to everyone is not possible because everyone experiences their campout differently but understanding that every person around that campfire put in the effort to be there is easy.

Fastlife Campout started as a ride in three-day campout and riding event. It has since grown to an annual four-day event (Thu-Sun) every spring. The extension to a 4-day event was necessary as attendance substantially grew year over year for FLC2 & FLC3. In April of 2021, hundreds of attendees took part in the FLC4 festivities from across the country. All coastlines of the United States were represented, and we had our first international camper. The growth of this event can be attributed to one thing above all else, the people! Coming to the middle of nowhere, Oklahoma likely isn’t high on anyone’s to-do list. However, there is a hidden gem riding all throughout the forest (Talimena Scenic Byway), but leaving a motorcycle event knowing that you’ll be back because you’re now part of the Fastlife Campout family makes this a can’t miss for everyone. I’m already looking towards FLC5 in the spring of 2022. The organizers continue to rely heavily on the principles that have made the campout successful. Grassroots-style camping has been and continues to be the philosophy; the campout is not a rally-style event and will not attempt to be one. Although we intentionally don’t have vendors on-site, many moto industry companies have been represented as attendees by those who own/operate them. It’s a unique way to connect with the industry we’re all involved with. The fifth Fastlife campout stands to be the biggest and best yet, so mark your calendars now and experience some of the best riding, camping, partying, and definitely the best people you will ever meet.